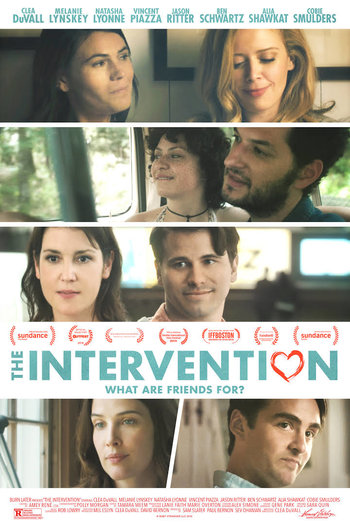 The film centers on four dysfunctional couples on a weekend trip: Jessie (DuVall) and Sarah (Lyonne), who might be moving a little too fast — or a little too slow, depending on which one of them one asks; Annie (Lynskey) and Matt (Ritter), an engaged couple who seems picture-perfect, but who keep rescheduling their wedding and no one wants to talk about why; Lola (Shawkat) and Jack (Schwartz), a just-met couple who are rushing into things; and Ruby (Smulders) and Peter (Piazza), a married couple that fights constantly.

It turns out that Ruby and Peter's marriage led the other friends to make the weekend getaway so that they can all gather together to spring a surprise divorce intervention on them. Needless to say, they're not too happy about it — and the intervention sets off a whole lot of drama between all the friends and couples.