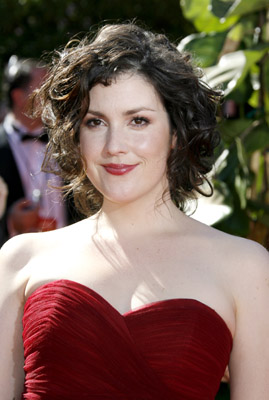 Melanie Jayne Lynskey (born May 16, 1977 in New Plymouth, New Zealand) is an actress from New Zealand.

She is best known for her roles in such movies as Heavenly Creatures, Detroit Rock City, Coyote Ugly, Ever After, Rose Red, But I'm a Cheerleader, Sweet Home Alabama, and The Informant!, and as well as the TV show Two and a Half Men where she played the neighbor who was more than a little obsessed with Charlie. On Yellowjackets, she plays the adult version of Shauna, one of the survivors of a plane crash. On Candy (2022), she plays Betty Gore. She will next appear in The Last of Us (2023) as Kathleen, a revolutionary.

She voices Beatrice in the animated miniseries Over the Garden Wall , Danny's mother on Future-Worm!, Pearl The Penguin in Jake And The Neverland Pirates, and the Sun in the animated show Summer Camp Island.