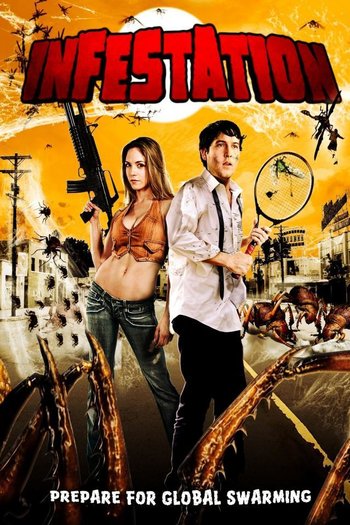 Infestation is a 2009 comedy Horror B-Movie, about a group of people trying to survive when their city is taken over by giant insects. It was made by Mel Gibson's Icon entertainment.

The origin of the bugs is not clearly explained, although it seems they came on a meteorite that landed in Colorado. They use a sonic scream that stuns humans, who are then put in cocoons and fed on. Some victims, however, get stung, which eventually turns them into human-insect hybrid monsters.

The main character is a telemarketer named Cooper (Chris Marquette), who helps lead a group to the home of his father (Ray Wise), a paranoid ex-military man who is apocalypse-ready.