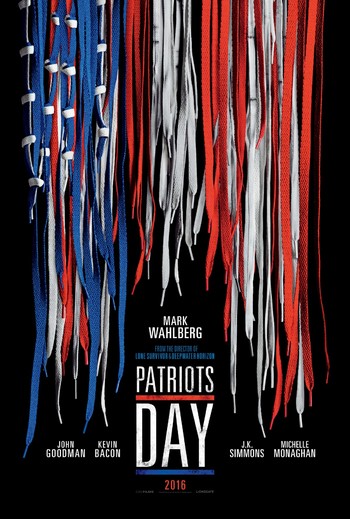 They messed with the wrong city...
"This is our fucking city, and ain't nobody going to dictate our freedom."
— David Ortiz in his pre-game gratitude speech for defeating the Tsarnaevs, April 20, 2013
Advertisement:

It dramatizes the Boston Marathon bombings of April 15, 2013 and the subsequent week-long relentless manhunt for the perpetrators.