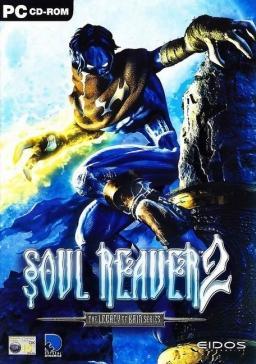 "Suppose you throw a coin enough times - suppose one day, it lands on its edge..."
Advertisement:

The third game in the Legacy of Kain series, released in 2001.

The game is a direct sequel to Legacy of Kain: Soul Reaver, and continues the adventures of Raziel, the protagonist of the previous game. Though Raziel initially seeks to exact revenge on Kain, his murderer and former master, this objective is superseded by a higher quest for knowledge. Traveling through history, he gradually exposes the truth behind his own past and destiny.