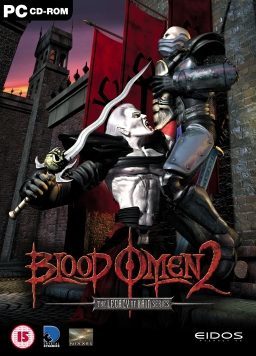 Set 400 years after the events of Blood Omen, Kain awakes in Meridian, Nosgoth's industrial capital city. He remembers very little, and is lacking much of his former power. He is greeted by a vampire called Umah, who informs Kain that he has been asleep for two hundred years.

Two hundred years before, Kain's conquest of Nosgoth had been opposed by an army of vampire hunters called the Sarafan Order. The Sarafan Order destroyed Kain's army, and Kain himself was defeated in combat by their leader, the Sarafan Lord who then claimed the Soul Reaver from Kain. In the years since, the Sarafan have imposed harsh martial law on Nosgoth's human population, and started an industrial revolution. Employing 'Glyph magic'—a new kind of magic, deadly to vampires—they have hunted the remaining vampires to near extinction: as a result, several vampires have agreed to serve the Sarafan out of self-preservation. Umah is a member of the Cabal; an underground resistance movement formed of vampires and working to undermine the Sarafan at every turn. The Cabal hopes that Kain will destroy the Sarafan Lord, and the traitorous vampires that protect him.

Kain sets out to get his revenge, reclaim the Soul Reaver sword from the Sarafan Lord, and continue his ascent to power.