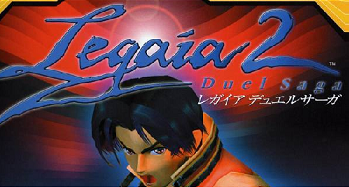 The sequel to Legend of Legaia developed by Prokion note The first Legaia was developed by the studio Contrail for the PlayStation 2. Despite similarities in gameplay and some character designs, Legaia 2 is based in a completely different world, with nothing carrying over from the first game. This game also features the "Tactical Arts System" from the first game.

The plot resolves around the "Mystics", a group of outcasts with Power Tattoos who can summon Elemental Embodiment spirits, called "Origin" that they contain within themselves. In most places, Mystics are shunned due to their appearence and strange powers, however Lang's friends and family don't have this prejudice; on his first day of work, the Aqualith is stolen from the village, and he is warned to be careful in the outside world, searching for it in order to restore the village's water supply. Along the way, he winds up gathering a group of fellow Mystics to himself, and begins finding the way to save the world from Avalon, the man that stole Aqualith.