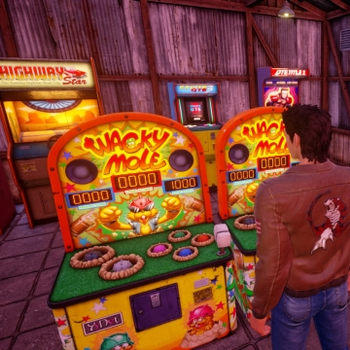 "Welcome to the Pianta Parlor. Saving the princess is important, but it can wait!"
— Lahla, Paper Mario: The Thousand-Year Door
Advertisement:

An area in a video game that is host to a number of minigames where the player can win items or cash, sometimes by betting money in a casino-like area. Most of it will probably be optional, but winning at some of the minigames may be part of the main quest, or give access to rare or important items. Often comes in the guise of a casino or theme park.

Pinball Zone is often, but not always, a form of this. Can lead to being Sidetracked by the Gold Saucer. Don't worry about the world-threatening catastrophe you have to stop, just Take Your Time.