The Pin Is Mightier Than the Sword 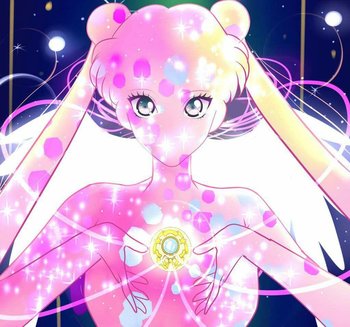 For some reason, it's common for badges to be depicted as either giving special abilities to or augmenting the special abilities of the wearer. This could be rooted in the fact that military officers and the like wear them as symbols of authority. Authority is by no means necessary to use these babies, however.

This trope is common in RPGs, where they will be collected as equipment.

Subtrope of Clothes Make the Superman.

Alternative Title(s): The Pin Is Mightier