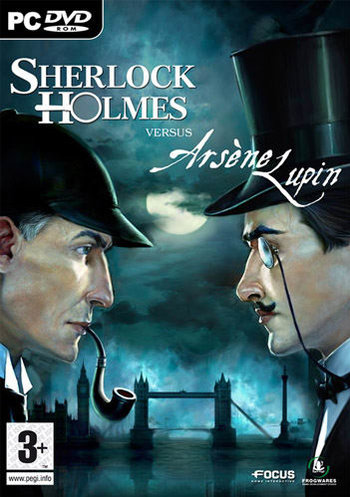 The Great Detective Versus The Gentleman Thief
In 1905 French author Maurice Leblanc, a contemporary of Sir Arthur Conan Doyle, introduced his audience to Arsène Lupin, Gentleman Thief extraordinaire, a character who would go on to have as much success and renown in the non-English speaking world as Doyle's own creation, detective Sherlock Holmes.
Advertisement:

Naturally, when you have the detective's Detective on one side of the channel, and the most gentlemanly of thieves on the other, crossovers are not just considered but inevitable. note Indeed, as Leblanc himself wrote Arsene Lupin vs. Herlock Sholmes in 1908.

It's also the source of the infamous Creepy Watson