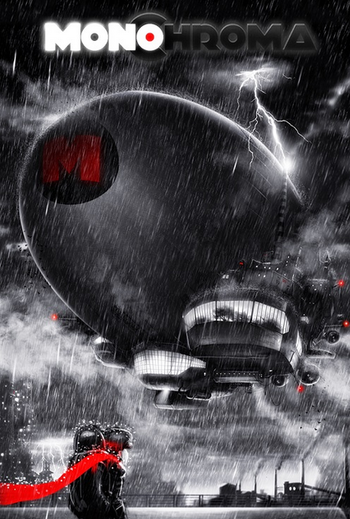 Monochroma is a 2.5D Puzzle Platformer / Cinematic Platform Game, developed by the Turkish Nowhere Studios. It was funded

It is a story about two brothers, which begins with the two of them in the countryside, simply following a kite they've launched. Then, however, your little brother falls and gets injured, forcing the player character to carry them. From then on, the mood starts to get progressively darker.