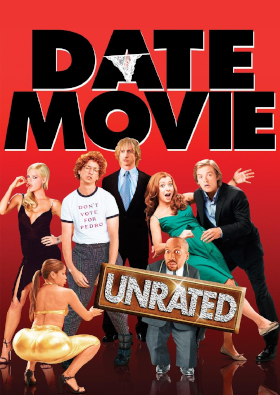 Unrated? That must mean it has all the best bits!
Advertisement:

Movies targeted at young male viewers often include a fair bit of raunch - as much as the MPAA will allow, generally. Usually some of the "good stuff" ends up cut in order for the movie's theatrical release to obtain an R or even PG-13 rating, since most theaters won't show NC-17 movies (leaving the rating essentially the province of art films made without the goal of making back their investors' money) and even an R may exclude a lot of teenagers with ready spending cash.

Clearly this is never the case. First, no major studio wants the stigma of releasing a movie that's too dirty, and A- and B-list actors would likely not be interested, either. And due to the MPAA rules, any new cut of a movie technically has to be re-rated. This means that the studio could add (or even remove) one second of footage and the movie is now "unrated". The general rule is that the font size of the word "unrated" on the DVD cover is inversely proportional to the amount of "good stuff" that was added. If you can barely see the cast behind a giant "unrated" stamp, prepare to be disappointed. Several studios use the same packaging for the U.S. and Canadian markets as well, causing certain "unrated" editions to actually feature a Canadian Home Video Ratings System

rating, since that system does not allow for unrated releases.

Chances are the "Unrated" stamp will be used to conceal a pair of otherwise exposed breasts, to establish exactly what they are offering.

Why not just release the Unrated Edition in the theater to begin with? Most movie theaters in the United States will not show unrated films. And in many cases, the Unrated Edition still would've garnered only an R rating anyway. By implying that it's too-hot-for-R, the studio can trick consumers into paying to see the movie twice: once in the theater, and again for the extra scenes. Especially in countries like the US, where DVD rental stores are more likely to fall back on the First Amendment than theaters are. If the studio executives are feeling especially devious, they will release the Unrated Edition a month or two after the Vanilla Edition in hope of squeezing three paid viewings out of us.

In the UK DVDs have to be rated by the same body that rates films and selling actually-unrated DVDs is a criminal offence. Therefore they're just sold as extended editions ("Unseen and Explicit", "Extended and Unsanitized" and so on) instead of being unrated. They also don't generally bother to release the cinema versions on DVD. All the extra "explicit" and "unsanitised" material rarely actually raises the film's rating. A film or DVD can be refused classification by the BBFC, but this only happens in very, very extreme cases. Although having a DVD touted as "rude, naughty and uncut", but then seeing a 12 or 15 rating symbol next to it makes you wonder why they even bother—if it's still a 12 or 15, then it's not that rude or naughty.

In Australia, when they don't just dump a reregioned UK release that possibly includes things cut out by the UK censors before it even arrives for rating in Australia, then they just get it called unrated. (Not that they even need to do that for Australia, as region encoding enforcement is illegal there. note There are, however, a few rights and distribution issues preventing direct imports, not to mention there are still some region-locked players.) It is utterly hilarious to get unrated editions that only get an M rating (basically, PG-13 with the age recommendation being 15).