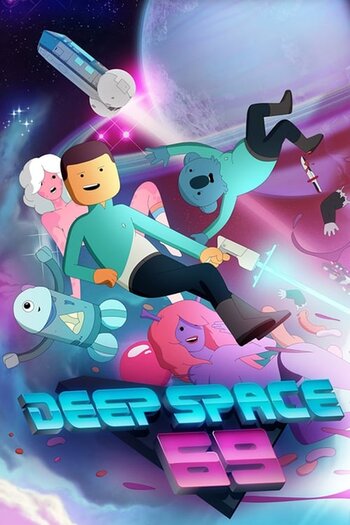 "This show is like Star Trek, if Star Trek were about boning."
— A wise YouTube commenter on the first episode.
Advertisement:

Deep Space 69 is a web animation produced by Mondo Media revolving around Jay, a Lovable Sex Maniac pilot and his sidekick, a talking koala named Hamilton, as the two have various raunchy misadventures in space.

A playlist of every episode is available here