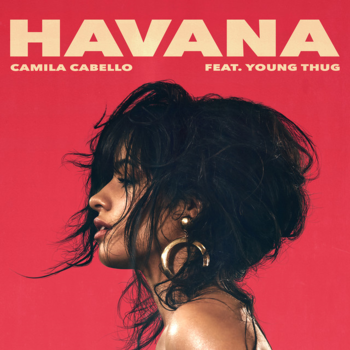 "Havana" is a single with two music videos from Camila Cabello's debut album Camila. The song is titled after Camila's hometown in Cuba (despite being called La Habana in Cuba's native Spanish), and features a lot of Latin-influenced music as well as being the structure of Latin rap and reggaeton songs with a rap verse by Young Thug (Daddy Yankee in the Spanish remix).

Camila's producers first thought it wouldn't be a success and that it shouldn't be a single, but when it was released it went to number one in many countries, including being the first UK number one for Camila. After the music video was released and was successful, the song was moved from being the album's second single to its first single.

An additional music video was released, a vertical video shot on the subway in New York. The official music video is quite long (almost 7 minutes long, with a full narrative and interlocking elements based in Latin fantasy. It won the Video of the Year award at the 2018 MTV Video Music Awards.