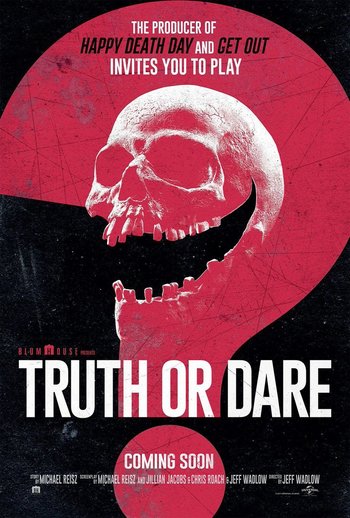 Time to play!
Truth or Dare (alternatively known as Blumhouse's Truth or Dare) is a 2018 horror film directed by Jeff Wadlow (Cry_Wolf, Kick-Ass 2, True Memoirs of an International Assassin) and starring:
Advertisement:

A group of college students have to struggle to survive when a curse begins taking the Truth or Dare game too far by killing anyone who lies or doesn't do the dare they are told to do.

Truth or Dare has examples of the following: