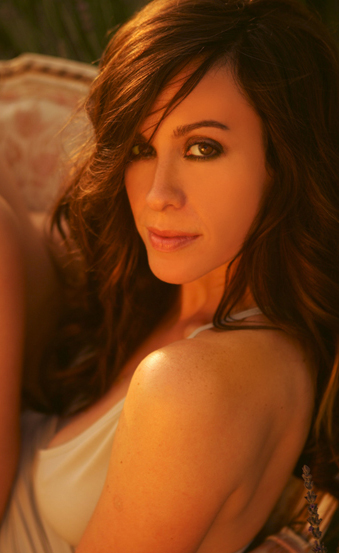 Well, I'm here to remind you
Of the mess you left when you went away
It's not fair to deny me
Of the cross I bear that you gave to me
You, you, you oughta know
Advertisement:

Alanis Nadine Morissette (born June 1, 1974 in Ottawa, Ontario) is a Canadian singer-songwriter and the winner of seven Grammy awards. She began her path to fame by being a cast member on the Canadian kids' sketch show You Can't Do That on Television, and then going to New York City to compete in Star Search. Her first two albums consisted of teen dance-pop songs. She gained international fame with the New Sound Album Jagged Little Pill and its follow-up Supposed Former Infatuation Junkie, which introduced her Signature Style of catchy pop-rock combined with Motor Mouthy, really wordy introspective lyrics. Her most famous songs include "You Oughta Know", "Ironic" (which is about things the protagonist sees as "ironic") and "Head Over Feet" (which is credited with coining the term "friend with benefits").

She has had turns as an actress, for example she portrayed God in Dogma.

Also worth mentioning is "Uninvited," one of the major singles from the soundtrack of the film City of Angels. It was a non-album single, but appeared on her Greatest Hits compilation The Collection. A demo also appeared on some special editions of Supposed Former Infatuation Junkie and some of its singles.

"You Oughta Know" is featured in Rock Band 2, with "Ironic" and "Head Over Feet" available as DLC. All songs are on the old platform (guitar, bass, pro drums, one vocal part).

Tropes related to the singer: