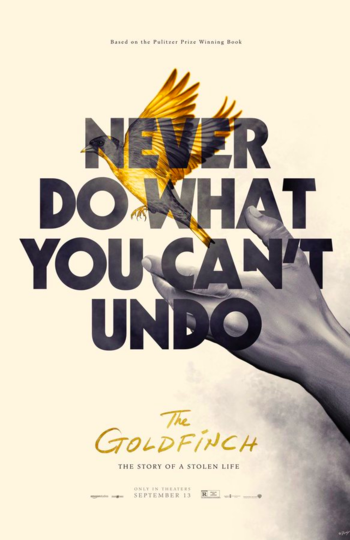 The Goldfinch is a 2019 drama film directed by John Crowley, based on the novel of the same name by Donna Tartt. The film stars Ansel Elgort as Theo, Nicole Kidman as Samantha, Finn Wolfhard and Aneurin Barnard as Boris, Sarah Paulson as Xandra, Luke Wilson as Larry, Jeffrey Wright as Hobie, and Ashleigh Cummings as Pippa.