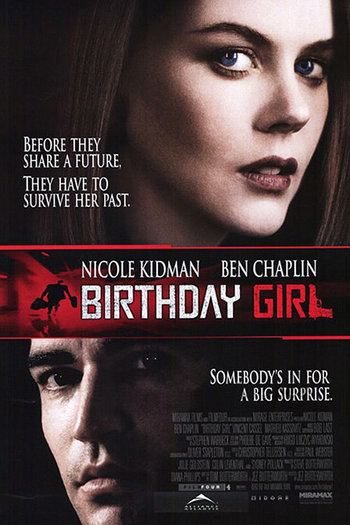 John (Chaplin) is a bank clerk from St. Albans who, upon concluding he will never meet the love of his life in the 'small island' of Britain, decides to send off for a mail-order bride from Russia. A young lady, Nadia (Kidman), duly arrives, but with one significant issue: she speaks no English. After a brief moral dilemma, John embarks on a relationship with his silent (at least, as far as English goes) partner. However, when Nadia's 'cousins', Yuri (Cassel) and Alexei (Kassovitz), arrive from Russia, he begins to realise he may have bitten off more then he can chew.