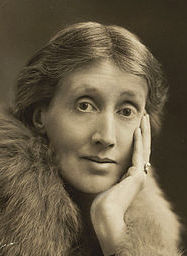 Adeline Virginia Woolf (née Stephen, 25 January 1882 – 28 March 1941) was an English author, primarily known for her novels and literary criticism. She is considered part of the Modernist movement.

The daughter of a model and a respected historian, Virginia began to suffer nervous breakdowns in her teenage years, following the death of her mother and younger sister. Following the death of her father, she became the centre of a group of writers and artists known as the Bloomsbury group and married Leonard Woolf in 1912. Woolf's first novel was published in 1915, and during the 20s her works became well-known for their unusual style and supposedly scandalous content. Woolf was also a prominent critic, attacking writers such as H.G. Wells for favouring utilitarian concerns over aesthetic ones, and also writing extensively on the role of women in fiction and academia. Woolf suffered from bipolar disorder throughout her life and committed suicide in 1941.

Although famous and well regarded in her lifetime and following her death, Woolf was seen as inferior intellectually to male modernists such as James Joyce and T. S. Eliot. However, the rise of feminist criticism in the 1970s sparked renewed interest in Woolf's work and secured her place as one of the most prominent English language writers of the 20th century. Her novels are best known for their formal experimentation, feminist and lesbian themes, and intense, lyrical prose style.

Nicole Kidman won an Oscar for playing her in the movie of The Hours.

Tropes associated with Virginia Woolf include: