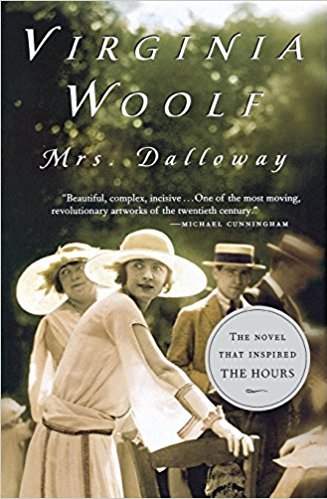 "Mrs. Dalloway said she would buy the flowers herself."
— Opening line
Advertisement:

Mrs Dalloway is a 1925 novel by English author Virginia Woolf, part of the Modernist movement, and one of her most famous works. It is also considered an important work of early feminist literature, due to its sympathetic portrayals of complex, free-thinking, and independent women and its exploration of the social forces that act upon them.

Set over the course of a single June day in London, the novel centres on upper-class Clarissa Dalloway's preparations for an evening party. The abrupt reappearance from India of her Old Flame Peter Walsh, however, triggers a deep and uncomfortable reappraisal of her life.

As of 2021, the book has entered the Public Domain.

A film adaptation was made in 1997, directed by Marleen Gorris and starring Vanessa Redgrave.

This work contians examples of: