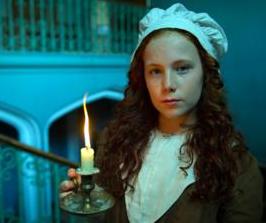 Hetty Feather (2015-2020) is a children's TV show on CBBC about Hetty Feather, an abandoned child at the Foundling Hospital in London. It is based on the book series of the same name by Jacqueline Wilson.