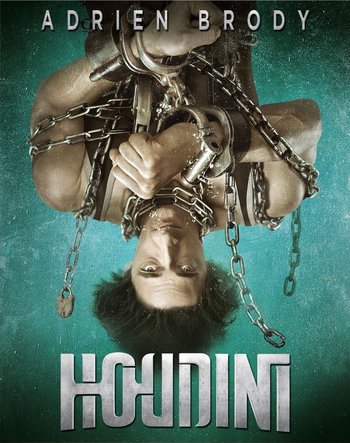 Houdini is a 2014 miniseries starring Adrien Brody as the titular magician. It chronicles his life, from stunning feats of magic, to espionage and skeptically debunking spirit mediums. Not to be confused with the 2016 series Houdini & Doyle.