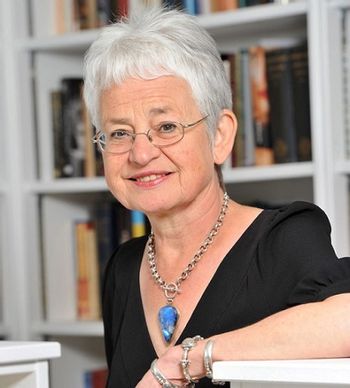 “I try to have reasonably happy endings because I would hate any child to be cast down in gloom and despair; I want to show them you can find a way out of it.”
Advertisement:

Jacqueline Wilson DBE, FRSL (née Aitken, born 14 December 1945) is a bestselling British author who has written a huge amount of novels for children and teenagers. Most of them are about a specific theme or problem that young people might face. The 1970s magazine Jackie may or may not have been named after her, depending on who you ask. As well as winning a truckload of awards, she was the Children's Laureate between 2005 and 2007, and was named in the 2008 Honours List.

Books with pages on this wiki include:

Several of her books have been adapted for TV:

Tropes found in her works: