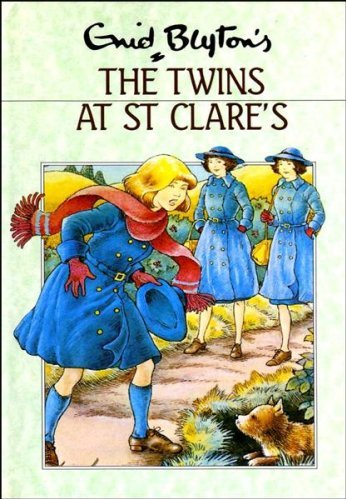 The St. Clare's novels are a series of six books by Enid Blyton following twins Pat and Isabel through the titular British Boarding School. A lot of the characters are very similar to those in the Malory Towers series.

Excellent summaries and other information can be found here