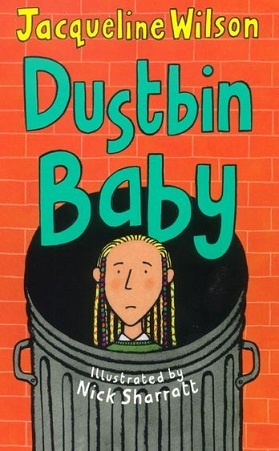 A 2001 novel by Jacqueline Wilson, about April, a girl who was abandoned in a dustbin behind a pizza restaurant minutes after being born. Even though she's now settled in a good home with a loving foster parent, Marion, she can't help but wonder why her birth mother didn't want her. Especially on her birthday. After getting into an argument with Marion over a birthday present, she decides to skip school to revisit all the homes she's lived in, leading back to the first home she ever knew - the dustbin.

The book was adapted into TV movie starring Dakota Blue Richards in 2008.