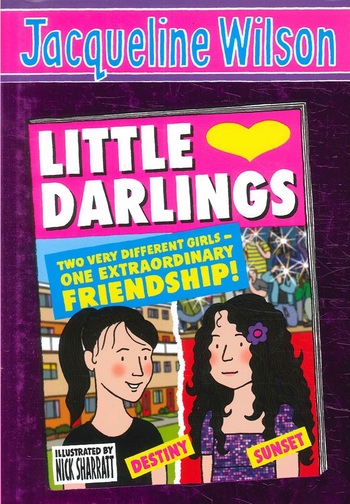 Little Darlings is a 2010 children's novel by Jacqueline Wilson, following the story of two girls, Destiny Williams and Sunset Kilman.

Destiny lives on a rundown estate with her struggling, overworked mother and has a secret: she's actually the daughter of famous rock star Danny Kilman. The only problem is that he has no idea she exists. Sunset is the daughter of Danny and his model wife Suzy, but although she lives a life of luxury and fame, she is lonely and miserable, lacking real friends, constantly being told what to wear and how to behave and caught in the middle of her parents' dysfunctional marriage - all of which is scrutinised by the media. However, when the two girls meet one day, it might just change both their lives forever.

Not to be confused with the 1980 film Little Darlings.