Don't Split Us Up 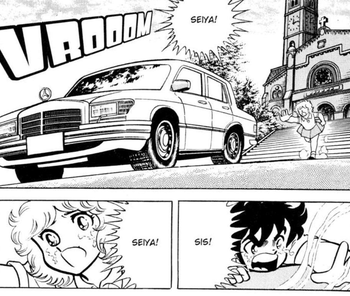 Douglas: What's tae do?
Donald: Och. Each one be as good as the other. Then, he'll have tae keep uz both.
— The Railway Series, The Twin Engines, "Brake Van"
Advertisement:

A group of siblings is threatened with separation by adoption, divorce, death, accident, popular beliefs, or what not. Depending on the show, one can sometimes expect them to go to extreme lengths to prevent this.

Compare I Will Find You. This trope is also commonly associated with Promotion to Parent. Not to be confused with Never Split the Party.