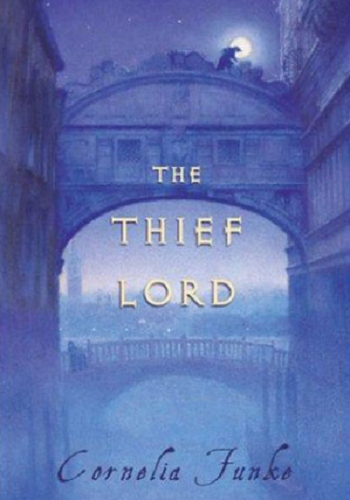 The Thief Lord is a 2000 children's fantasy novel by German author Cornelia Funke, who also authored The Inkworld Trilogy. The Thief Lord follows a ragtag bunch of runaways and orphans living in the unseen parts of Venice, led by the titular "Thief Lord". Unfortunately two of them, Bo and Prosper, are pursued by the Private Detective Victor hired by their oppressive aunt. Victor's presence is just the catalyst for other forces that test the band's loyalty to each other.

The novel's big themes include growing up and family. In 2006 a film adaptation was made.

The Thief Lord contains examples of: