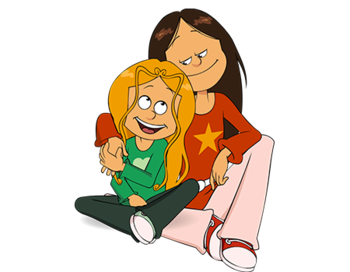 Les Sisters is a French slice-of-life animated series about two sisters who call themselves "The Sisters". They are best friends and mortal enemies both - in other words, they are typical sisters. Whenever they want something, they come up with outlandish schemes to get it, which usually results in property being damaged and people being injured.

The series premiered in France in September 2017.