Film / On Our Own 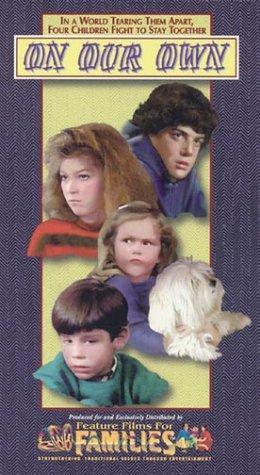 On Our Own is a 1988 Made-for-TV film about four children, Mitch, Kate, Travis and Lori. You see, their mother has passed away (the father's whereabouts are not mentioned at all, but presumably he is dead too) and now they are trying to run away from the police who are trying to split them up and send them to different children's homes. However, after a bit of a shaky start the kids end up getting money and a car and set out to look for their only family member whom they believe can take care of them, Uncle Jack. However, this is not going to be as easy as they think. This story is told by a grandmother on the other end of the phone while baking a cake (which later turns out to be a wedding cake for her daughter and Uncle Jack). Her granddaughter is telling her the story over the phone. This film is chock full of still moments that are nicely accompanied by 80s synthesizers. Many an 80s and 90s kid remembers this movie, whether it was shown to them in school by a substitute teacher or rented from a local video store via their mother's recommendation. For those that haven't seen it, think The Goonies but with a family tragedy and the goal of finding a person rather than a treasure, and less kids.