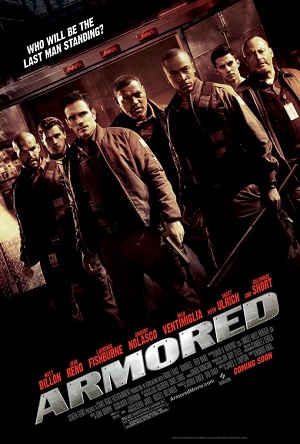 Tyler Hackett is a security guard who works for an armored transport company. He's left to raise his younger brother Jimmy by himself after his parents died, but struggles to keep their family together as it looks like he can't keep the house due to lack of payments. His colleagues, led by his godfather and family friend Mike Cochrane, approach him for an Inside Job to rob their own company. Ty initially refuses until he is reassured that no one will get hurt in the theft. The guards proceed with the plan until things take a turn for the worse as they're forced to shoot an unfortunate witness. Ty subsequently barricades himself inside the truck and tries to wait for backup while his colleagues are determined to steal the money and kill him.