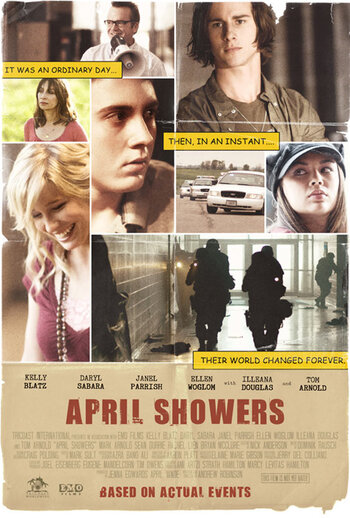 April Showers is a 2009 film loosely based on the Columbine massacre, written and directed by one of the survivors.

After a school shooting leaves 14 people dead, survivor Sean Ryan is forced to come to terms with loss.