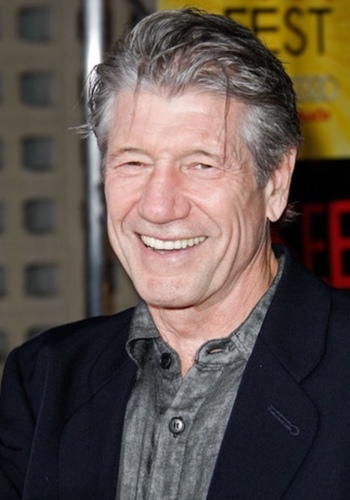 Frederick Joseph Ward (December 30, 1942 - May 13th, 2022) was an American character actor, producer, and model of Irish and Cherokee descent.

He was best known for Southern Comfort, The Right Stuff, Remo Williams: The Adventure Begins, Tremors, Henry And June, The Player, and Short Cuts.

He has been married to Carla Evonne Stewart, Silvia Ward, and is currently married Marie-France Boisslle and he has one child.

He can be considered to be a Spiritual Predecessor to Frank Grillo due to the Celebrity Resemblance between the two in terms of grizzled physical appearances with those intense eyes and sly grins and filmographies of tough guy or any other physically demanding action roles they are offered.