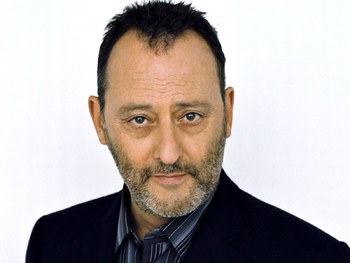 "I first decided to become an actor at school. A teacher gave us a play to do and that had a major impact. At first, I wanted to work in the theatre, but there was something about the ambience of film, especially American films, that always attracted me."
Advertisement:

Need a badass with a deep voice and an authentic French accent? Call for Jean Reno!

Juan Moreno y Herrera-Jiménez (born July 30, 1948 in Casablanca, Morocco), francized to "Jean" and shortened to "Reno", is a French actor of Spanish descent (his parents came from Andalusia and lived in Morocco when it was a Spanish protectorate).

He moved to France when he was seventeen and studied acting at the Cours Simon acting school. His multiple collaborations with Luc Besson in The '80s and The '90s gained him much notice in France and abroad, and the one-two-punch of The Professional and Les Visiteurs cemented him as a star.