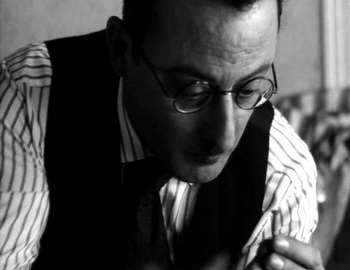 Mr. K (Jean Reno) is tinkering away in his home, making...something, out of wood. His craftsmanship is interrupted when he picks up a screw and realizes that it lacks a notch for the screwdriver. Outraged, he goes to the corporate headquarters of "Metallika", the company that produced the screw. He then goes on a strange journey through the deeply bizarre building, as he seeks satisfaction for the defective product.