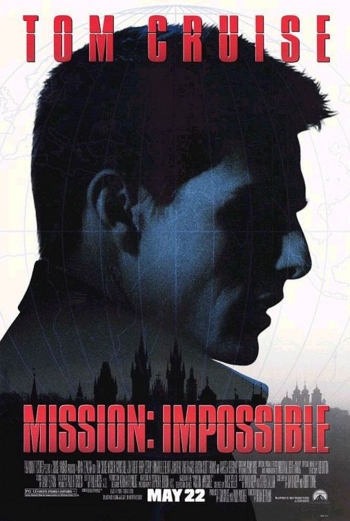 Jim Phelps is called upon for a new assignment dealing with very sensitive information regarding IMF agents and their cover IDs. He brings in his standard crew, including point man Ethan Hunt, and they plan out how to recover the info. Unfortunately, their mission was compromised horribly and Ethan finds himself the lone survivor and the top suspect as a traitor. The discovery of two other survivors doesn't alleviate his paranoia, so he goes into the list of blacklisted former IMF agents to put together another team to get to the bottom of their original mission and the conspiracy behind it.

The film became well known for the interweaving and complicated plotting — and the signature image of the "Mission: Impossible" Cable Drop.