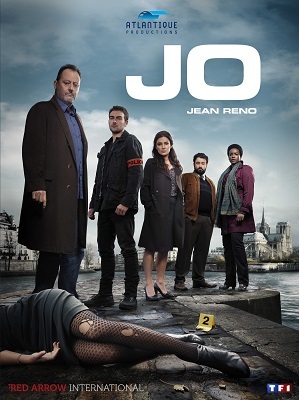 Jo Saint-Clair is a skilled homicide detective with the usual turbulent private life, investigating crimes that involve the iconic sights of his home city...

Which just happens to be Paris, France.

Commissioned by France's TF1, this International Coproduction (with assistance from ORF and Sat 1 among others) starring Jean Reno is an attempt to do an American-style cop show in France... right down to the language, for Jo is produced in English for an international audience and has a largely "English" cast.

It lasted one season in 2013; the ratings were good, but not good enough for the budget; although Atlantique Productions are looking to revive.