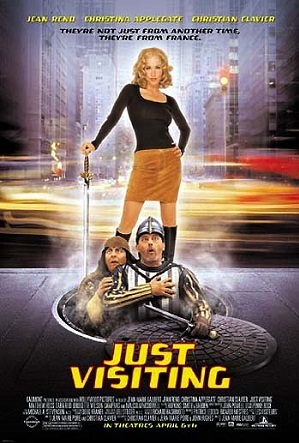 In 12th century England, Lord Thibault Malféte is about to marry Princess Rosalind, the daughter of the reigning King. At the wedding banquet, the Earl of Warwick gives Thibault a potion given to him by a witch (originally intended for Rosalind) which causes him to hallucinate, and under its influence, he kills his own bride, believing her to be a monster. While under sentence of death, his servant Andre finds a wizard to help him. The wizard gives him a potion that will send him back to the moment before he killed the Princess. Unfortunately, the wizard botches the spell, and instead, Thibault and Andre are sent into the 21st century.