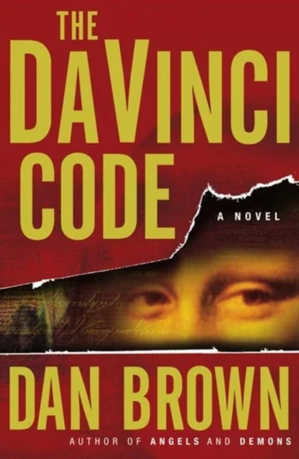 In London lies a knight a Pope interred.
His labor's fruit a Holy wrath incurred.
You seek the orb that ought be on his tomb.
It speaks of Rosy flesh and seeded womb.
— Rosewood box riddle
Advertisement:

The Da Vinci Code is a 2003 thriller written by Dan Brown. It sold 80 million copies worldwide, becoming one of the bestselling novels in history. It also caused a huge controversy because of its statements about early Christianity, and was sharply criticized for that and its historical inaccuracy.

The Holy Grail 'neath ancient Roslin waits.
The blade and chalice guarding o'er Her gates.
Adorned in masters' loving art, She lies.
She rests at last beneath the starry skies.