Literature / The Wind Through the Keyhole 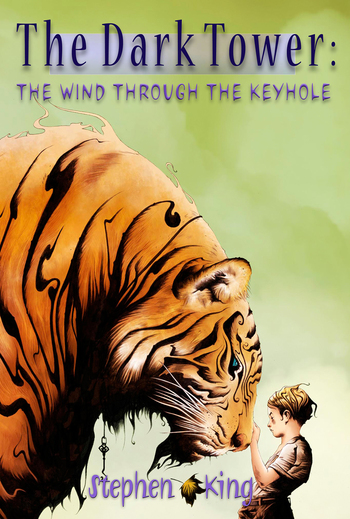 The Wind Through the Keyhole is the eighth novel in Stephen King's The Dark Tower series. It is an interquel that takes place between Wizard and Glass and Wolves of the Calla.

Whilst sheltering from a deadly storm called a "starkblast", Roland tells his ka-tet a story about his past; months after his mother's death, his father sent him and his ka-mate Jamie DeCurry to the small town of Debaria to investigate a "skin-man", a shapeshifter who has been terrorizing the villagers.

Also told, as a story within a story, is a legend of Mid-World about a young boy named Tim who goes on a dangerous quest through the Endless Forest to save his mother.

The Wind Through the Keyhole provides examples of the following tropes: