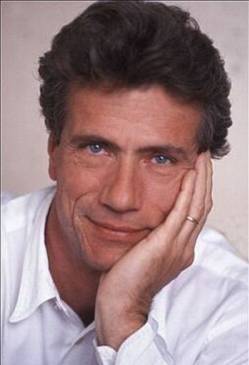 "I found my escape valve at thirteen or fourteen, in acting. There was a group leader in our church who had studied drama and was putting together an amateur theater group. I immediately realized that this was a place where I could act out my desires and emotions."
Advertisement:

Jürgen Prochnow (born June 10, 1941 in Berlin) is a German-American actor.

The role that made him famous both in his birth country and internationally is the stern but fatherly-to-his-men Captain-Lieutenant in the World War II submarine film Das Boot, one of his multiple collaborations with Wolfgang Petersen.

He's had roles in an odd variety of productions in his career since then, from Z/B-grade movies to A-grade Hollywoodian blockbusters and television series (he's not above Money, Dear Boy). He's also kind of pigeonholed into playing villains.