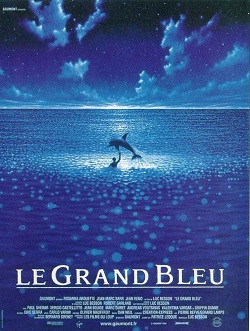 Luc Besson was once a diver before an accident forbade him to continue. It inspired him a movie, which was released in 1988 and starred Jean-Marc Barr, Jean Reno, Rosanna Arquette and Paul Shenar.

It is about the Real Life rivalry between Jacques Mayol and Enzo Maiorca, pioneers in the world of breath-hold deep diving.