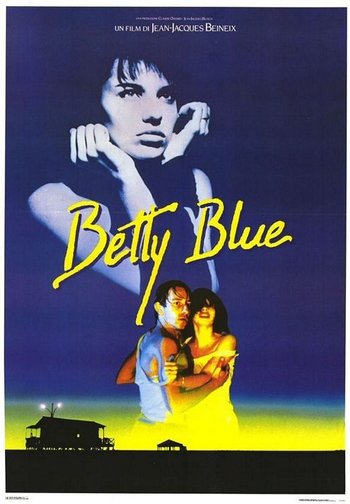 The oddly named Zorg (Jean-Hugues Anglade) is a would-be writer who is eking out a living as a handyman, maintaining some beach cottages in Gruissan, on the south coast of France. He is having an affair with Betty (Béatrice Dalle) who at age 19 is eleven years younger than he is. The relationship is a passionate one, but Betty starts acting erratically. After an argument with Zorg, she trashes the house they are living in. After an argument with Zorg's boss, their landlord, she burns the house down. They escape to Paris, where Betty continues to act as Zorg's unofficial agent, pushing his manuscript. Meanwhile, her behavior grows more violent and deranged.

Film debut of Béatrice Dalle. Originally two hours long, it got a director's cut in 2005 that ran three hours and five minutes. The trope list below is based on the director's cut.