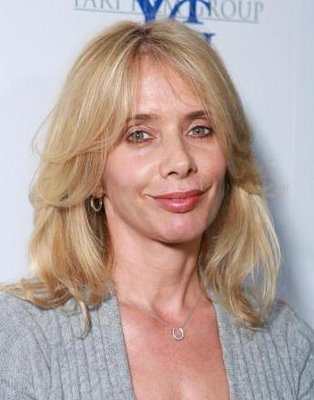 Meet her all the way.
Advertisement:

Once told off a reporter for directing a question to her chest:

Reporter: After all those hot scenes in The Executioner's Song, what did you really, ah, feel like doing?
Rosanna: I feel like punching you right in the face.

She is the older sister of actors Patricia Arquette, Alexis Arquette, and David Arquette.