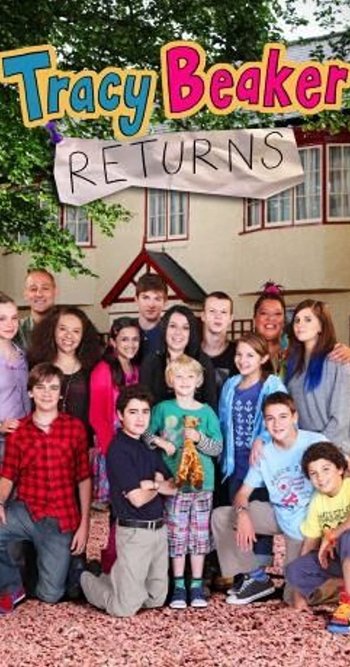 Tracy Beaker Returns (2010-2012) is the sequel to The Story of Tracy Beaker which told the story of Tracy, a headstrong, imaginative girl who grew up in an orphanage after her mother left her there. That is until she met the writer Cam who was only supposed to write an article about the children but ended up fostering Tracy. Fast forward a few years and Tracy borrows Cam's credit card and uses a few thousand pounds to publish an autobiography. To pay back Cam's money, Tracy ends up working at her old home, the "Dumping Ground", and stays on given a chance to leave.

The show ran for 3 seasons with 39 episodes which ended with Tracy leaving the Dumping Ground again. A Spin-Off series entitled The Dumping Ground began airing in 2013 which follows the lives of the kids, both old and new, after Tracy leaves.