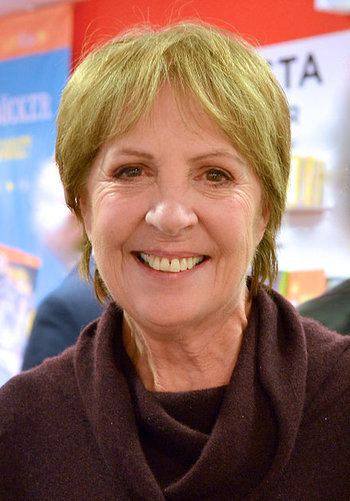 "You need to keep on doing things you have never done before in your career. You have to have a go."
Advertisement:

Dame Penelope Alice Wilton (born 3 June 1946 in Scarborough, England) is an English actress. She first became well-known in the UK for her role in the sitcom Ever Decreasing Circles. She is more familiar to international audiences from her guest appearances in Doctor Who and her regular role on the megahit Downton Abbey. Her films include Calendar Girls, Shaun of the Dead, Match Point, The Best Exotic Marigold Hotel and The BFG. She has also had an extensive career in the theater, winning a Laurence Olivier Award for Taken at Midnight.