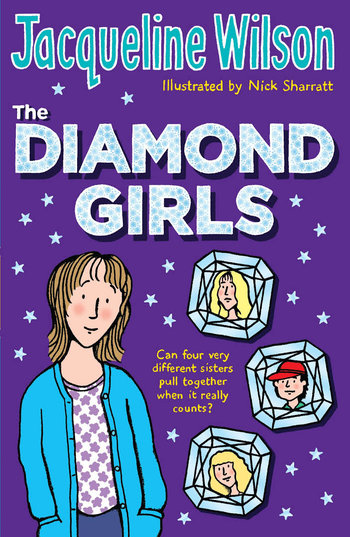 The Diamond Girls is a 2004 novel aimed at preteens/teenagers by Jacqueline Wilson. It revolves around the Diamonds, a family consisting of single mother Sue and her four daughters, Martine, Jude, Rochelle and Dixie. Told from the perspective of ten year old Dixie, the story focuses on how the family must come together when they move to a rundown estate, after Sue gets pregnant again.