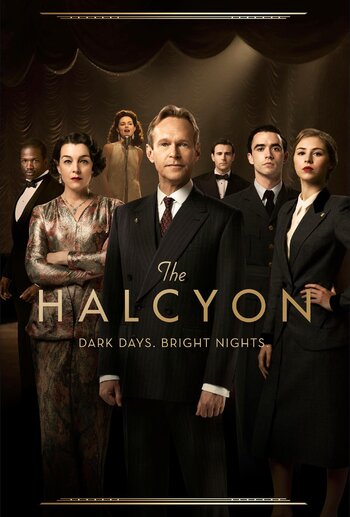 The Halcyon (2017) is an ITV series set in a luxury hotel, The Halcyon, during World War II, specifically in 1940. It follows a large cast of characters who include hotel staff to aristocrats to outsiders. It starred Steven Mackintosh, Olivia Williams, Ewan Mitchell and Hermione Corfield.

The show was cancelled by ITV after only one season.

The Halcyon includes examples of: