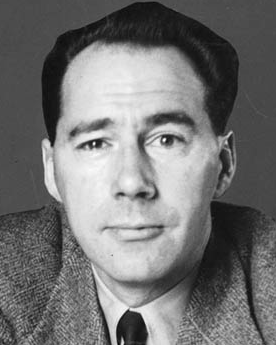 His other novels include The Kraken Wakes, The Chrysalids, The Midwich Cuckoos (filmed twice as Village of the Damned), Trouble With Lichen, and Chocky (adapted for TV).

Works by John Wyndham with their own trope pages include:

Other works by John Wyndham provide examples of: