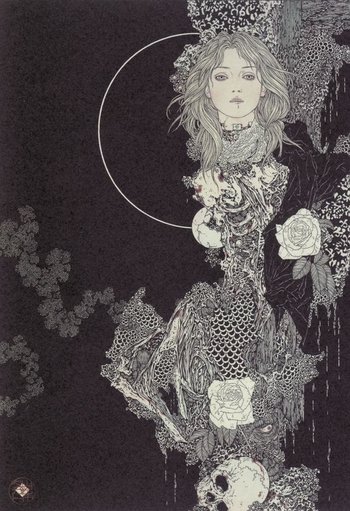 Takato Yamamoto is a Japanese painter and manga artist. He is most known for developing a unique style that he termed "Heisei aestheticism", which blends influences from Japanese ukiyo-e painting with Western gothic art to create a singularly dark but beautiful style. His work is highly detailed and surreal, often juxtaposing images of death and sexuality and featuring copious amounts of Body Horror along the way.